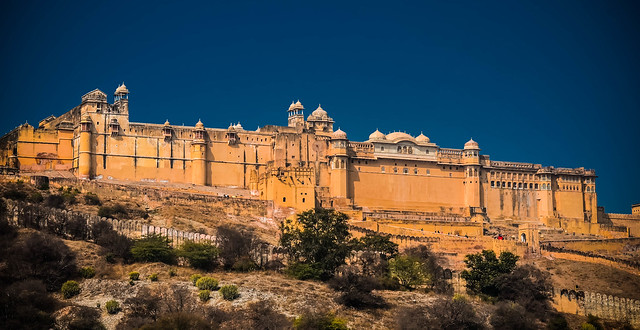 Rajasthan is one of the top tourist destination in India. As located at the North-Western part of India, Rajasthan shares a border with the Pakistani provinces of Panjab. It also touches many state borders like Punjab to the North, Haryana and Uttar Pradesh to the North East, Madhya Pradesh to the South East and Gujarat to the South West. First of all which will attracts travelers towards Rajasthan  is it’s the vast existence of the ‘Thar Desert”. Besides that many historical events, wars are hidden in many cities of Rajasthan which helps tourists to recognize the history and cultures of our nation from ancient age.

1. Jaipur: the pink city of India 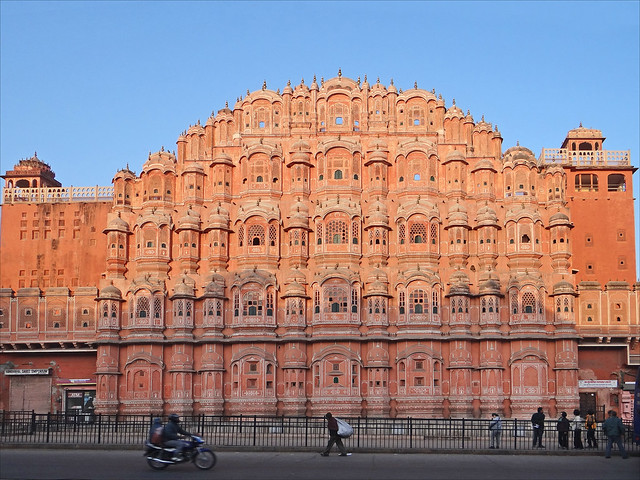 Being the largest city of Rajasthan, Jaipur city was formed in 1727 by Maharaja Jai Singh 2. The city was formed following the vastu shastra. Jaipur is a popular tourist destination and serve as a doorway to visit the other cities such as Udaipur, Jodhpur, Jaisalmer etc. The city was painted pink to welcome the prince of Wales and later Edward 7 in 1876. Houses and avenues were painted pink and that is why the city is widely known as the “Pink city of India”.

Udaipur is situated at the southern region of  Rajasthan near the Gujarat border. The city of Udaipur was formed by Maharana Udai Shing of Sisodia in 1553. He shifted the capital from Chittorghar to Udaipur and the city remained as the capital till 1818. Udaipur is a famous tourist destination for its rich history, cultural heritage and scenic beauty. Udaipur has lake Pichola on the southern slope of Araballi Range. The southern part is covered with hills, rocks and vast dense forest. Udaipur with its magnificent landscape, scenic beauty, Historical palaces attracts both domestic and foreign travelers.

Jaisalmer, located at the heart of the Thar desert is famous for its yellowish sandstone. Houses and forts in Jaisalmer are made of theses stones. So Jaisalmer is widely known as “The Golden City of India”. Jaisalmer is named after Maharawal Jaiswal Sing who founded the city in 1156. It is the largest district of Rajasthan. Jaisalmer is one of the preferred destination for tourists. The Jaisalmer fort was made by the Jaiswal rulars in 1156. There are seven Jain temples and number of museums to see in Jaisalmer like desert culture center and museum, Government museum, Jaisalmer fort palace museum, Cactus park museum etc. Ramdevra village, Gadsisar lake are other famous tourists spots of Jaisalmer.

Jodhpur is the second largest city of Rajasthan. This city was founded by Rao Jodha in 1459. Jodhpur is known as the “Sun city”. The city enjoys bright sun light almost all over the year even in the winter. This city is also known as the “Blue city” as the houses of the city are painted in blue. Blue is the colour of calm and sun is bright and harsh on this city; so houses need to be calm and cool. Therefore people paint their houses blue to stay calm an cool. Jodhpur is another favorite destination for travelers. Jodhpur’s main tourists attractions are Mehranghar fort, The Jaswant Thada  mausoleum, Umaid bhavan Palace, Ghanta Ghar, Arna Jharna Desert Museum, Kaylana Lake, Sojti Gate Market etc. Besides, number of gardens and temples are there to visit in Jodhpur. Many mountains also are there for hiking.

In ancient city of Bundi was inhabited by the tribal community. 35 km away from Kota, Bundi is surrounded by the Aravalli hills at the three sides of the city. There are many places which attract both foreign and domestic tourists to visit Bundi. Glorious forts, temples, havelis are there which can be visited here. People feel the tour’s worth by seeing the magnificent charms of its beautiful landscape. There are number of places to visit like Taraghar fort, Bijolia, Braj Bhushan ki haveli, Chaurasia Khambon ki chhatri, Dabhai kund, Jait sagar lake, Jalawar, Nawal sagar lake, Raniji ki baori and Ratan daulat. There are 50 step walls in Bundi which were used for source of water until pipe water lines were introduced.

Located at the heart of the Rajasthan, Ajmer is one of the favourite tourist destinations in India. Ajmer is surrounded by the Aravalli range. In the north side of the city an artificial lake called Anasagar is situated . Ajmer is protected from Thar desert by Nagpahar range. There are many places to visit in Ajmer like the famous Sabitri temple, Nareri Jain temple, Ana sagar lake, Ranhji temple, Nasiyan Jain temple, Dargah sharif, Akbar’s palace and temple, Daulat bagh garden and Birlacity water park.

Bikaner is situated in North west side of Rajasthan and was founded by Rao Bika in 1486. The city has a rich cultural heritage and known for producing great Rajput warriors. Beautiful palaces, great sculptured temples made by red and yellow stones made Bikaner more attractive to the tourists. These are the finest creations of Rajput creations.  Junagarh fort, Lalgarh palace, Gajner palace, Prachina museum, Devi kund sagar, Sri Laxminath temple, Bhandeshwar Jain temple, Bikaner havelis, Shiv bari mandir and camel breeding farms are the main attractions of Bikaner. If you want to enjoy the essence of the desert camel safari visit Bikaner to fulfill your touristic desire.

Chitorgarh, situated on the banks of the Berach river, was the former capital of Sisodiya dynasty of Mewar. The land is famous for Rani Padmabati who committed Jauhar Brat for first time and later by Rani Karnabati. It is also the land of legendary Meera bai. Chittorgarh fort is the largest fort in India and Asia. Chittorgarh fort is the main attraction of Chittor. Beside that many other places are there to visit in Chittor like Tower of victory, Tower of fame, Kalika mata temple, Gaumokh reservoir, Rana kumbh palace, Padmini palace, Meera temple, Fateh prakash palace, Jain temple and seven gates of the fort.

Bharatpur was founded by Suraj mal in 1733 and situated on the golden tourism triangle of Delhi-Jaipur-Agra. Number of domestic and foreign tourists visit Baharatpur every year. Suraj mal founded many forts across his kingdom. Lohagarh fort was constructed by him in 18th century. Another attraction of Bharatpur is Deeg palace. Besides, Keolando national park, Government museum of Bharatpur, Rope castle adventure park, Keolando shiva temple, Bankebihari temple, Lohagarh fort, Laxman temple, Ganga maharani temple are the most visited places of Bharatpur.