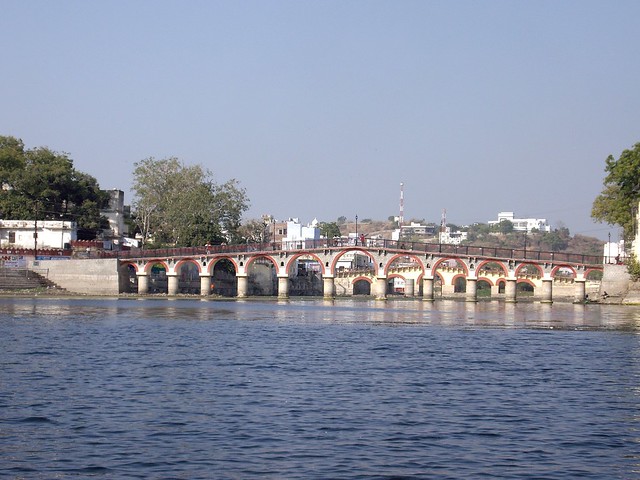 The word Rajasthan in India is associated not just with the popular state but also with abstract emotions of happiness, a serene landscape filled with color, and culture. With desert land stretching across a majority of the state, the state of Rajasthan remains one of the most preferred tourist destinations in India. Here are ten things you need to know about Rajasthan.

It is a well-known fact that Rajasthan is a land of color. Even the cities are given names that depict the same, as the capital, Jaipur famously referred to as the Pink City, Udaipur as India’s White city, Jaisalmer as India’s Golden city, and Jodhpur as India’s Blue city!

Even though a major portion of the land of the state of Rajasthan is covered in sand like the Thar Desert near Jaisalmer, there is no lack of greenery in the state. Most of the cities have profound greenery that contributes to India’s biodiversity.

The state of Rajasthan contributes heavily to India’s production of grains, playing a major role in import and export. The outskirts of the state has numerous fields lined up one-by-one cultivating crops like Bajra, Maize, Jowar, Pulses, Groundnuts, and other oil seeds.

Rajasthan’s primarily known for non-urban lifestyle has a great bucolic landscape that resembles a painter’s canvas especially in seasons like the monsoon when the contrast between the sky above and the land below paint a beautiful picture.

The people of Rajasthan do not have the word ‘shy’ in their dictionary. They are outgoing and can easily adapt to situations and conditions, even make new friends. They are quite open, which is reflected in their trucks that openly endorses sultry images of female Bollywood actors.

6. Love for the golden age

A trip to Rajasthan will make you relive all the classics in Bollywood. Songs written by renowned writers, sung by legendary singers, performed by wonderful actors are all a part of Rajasthan’s present culture. This is evident in the songs played by on the radio, by taxi drivers, truck drivers, and even the restaurants in Rajasthan.

People in Rajasthan are known for their friendly nature and the hospitality they offer to tourists. They welcome you to their place with respect and do not let you leave without a hearty meal. Even strangers are offered a glass of water.

The values of people from Rajasthan are reflected in their culture as well as in their nature. They are strict followers of religion with their culture heavily influenced by religion. The attire they wear, with women covering their face with a veil and the men wearing a turban on their head are all hallmarks of Rajasthani culture.

The history associated with Rajasthan is immense and deep-rooted. Palaces that were home to the kingship of Rajasthan are now sites of attraction for tourists like the Jal mahal in Jaipur, surrounding lakes like the Rajsamand Lake in Udaipur, Pushkar Lake in Ajmer, and the Chambal River near Kota.

Hosting one of the biggest fairs in India with attendance in lakhs, the Pushkar Mela in the town of Pushkar in Rajasthan is a five-day fair wherein there are shows, plays, stalls, and other entertainment facilities offered from people around the world.

Rajasthan is a land of mystery that is waiting to be uncovered. Are you next in line to discover such facts about Rajasthan?