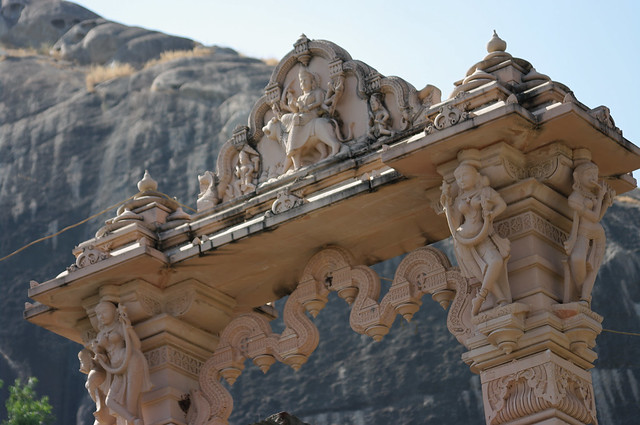 As the state of Gujarat is one of the most favored destination spots for travel, a trip to Gujarat is bound to be packed to the brim with sites to visit. Among all the religious, historic, and cultural places to visit, this post will highlight on the ten best places that you must visit when in Gujarat.

A post on Gujarat is incomplete without a mention of the popular Somnath Temple. Even though it is place of significance to the Hindu religion, the aura around and about the temple is positive and relaxing. It is not only the most popular destination for tourists here but also across the world.

Asiatic Lions, Asia’s indigenous population of Lions are regarded as one of the most fearless species of Lions. Gujarat’s popular city Junagadh hosts the Gir Forest National Park which is home to the Asiatic Lions. The place is famous for family picnics and school tours for children.

The largest dam in India, the Sardar Sarovar Dam has been widely promoted by Gujarat tourism.  The dam has brought prosperity to the agricultural land of Navagam nearby and the state on the whole. The tourism department has plans to make it the state’s main attraction.

What better place to spend some quality time in peace and tranquility than in the shadows of the birthplace of the Mahatma Gandhi. The origins of the father of the Indian country come from this place in the city of Porbandar in Gujarat. If you’re looking for a get-away, Kirti Mandir is the place to be.

Titled as Gujarat’s own hill station, Saputara is one of the most popular destinations in Gujarat. Situated on the side of a less popular Dang district of the state, the hill station will serve as an ideal travel destination with mesmerizing sites like Vansda National Park, Purna Sanctuary, and Gira Falls. in the vicinity.

Dwarka is the city where one of the most sacred Hindu temples, the Dwarakadheesh Temple is located. Tourists from around the world visit the temple of Dwarka to worship the Hindu god, Lord Krishna. The atmosphere around the temple is lively as people from all corners of the world on their ‘Char Dham Yatra’ accumulate in thousands.

Located on the border of India and Pakistan, the Dargah brings peace and serenity to calm the tension at the border. Haji Pir, the saint of the dargah is worshiped by several believers and religious people. Haji spent his entire adult life serving to the people who needed it most

History is evidence of the significance of the ancient city Dholavira in Kutch. The town was one of the few that hosted the Indus Valley Civilization. The city has plenty of archaeological evidence from that age in the Bhachau Taluka areas of the Kutch district of Gujarat.

Lothal in Ahmedabad, another important city of the Indus Valley Civilization, has been of interest of archeologists ever since the 1950’s. There are reports claiming that the city is as old as 2400 BCE. As it is in line to be one of the most ancient cities of the world, historians are particularly fond of the place.

Gujarat is a state that has it all, religious sites, hill stations, mystery lands, and modern architecture, you name it, Gujarat has it! This diversity is what defines Gujarat’s tourism.