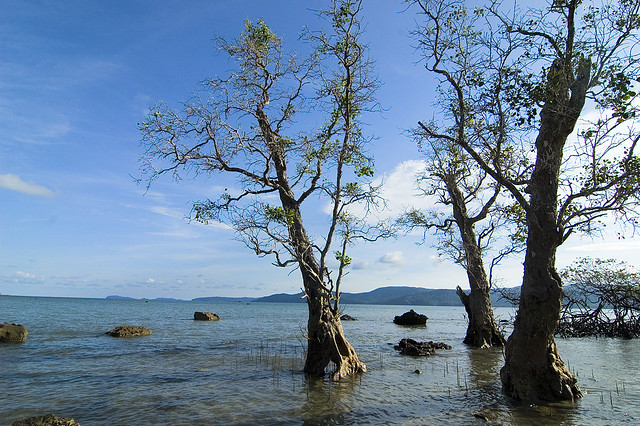 Andaman is one of the most interesting places in the world. There are many spots in the Andaman Islands which attract tourists from all over the world. The island is home to some of the tribal groups living here since ages. However, there are some things in Andaman that many of the people may not be aware of. So, here we will mention 10 Things to Know about Andaman. Many people may get surprised by knowing this facts.

1. Bengali, Andamanese and Nicobarese Are The Most Widely Spoken Language Here

The most common language spoken here is Bengali, Andamanese and Nicobarese. However, there are other indigenous languages too, which are spoken mostly in remote areas and tribal areas.

There are many large sized sea turtles found in the Andaman. There are basically four species of turtle found here Olive Ridley, Green turtle, Hawksbill and Leatherback turtle. Many tourists like to see these big turtles.

3. The 20 Rupee Note Has Image Of Andaman Islands

4. In World War 2, the Andaman and Nicobar Island Were The Only Indian Territory To Be Occupied By Japan

During World War 2, the Japanese forces occupied the Andaman Islands in the year 1942. They managed to hold the islands till their defeat in World War 2. Freedom fighter Subhashchandra Bose visited the island and hosted the tricolor flag.

5. There Are A Large Variety Of Butterflies In Andaman

There are various species of butterflies in Andaman. Many tourists like to visit the areas where they can find these different butterflies. The natural beauty of Andaman looks stunning with these butterflies.

6. Dugong Is The State Animal Of Andaman

There are many Dugongs” found in the Andaman Islands. This animal has a peculiar body shape, which looks attractive. Due to vast coastal areas in Andaman, this animal can be easily found here.

7. Many Indian Freedom Fighters Were Lodged In The Cellular Jail In Andaman

Earlier during the British Raj in India, there were many freedom fighters deported to the Cellular Jail in Andaman. This Cellular Jail was one of the most secure jails in British India.

8. Tribal Groups In Andaman Do Not Interact With Tourists

There are various tribal groups in Andaman like Jarawa, Onge, Sentinelese, etc. which are natives of this place since long. These tribal people never interact with tourists nor do they welcome the tourists.

9. Word “Andaman” Is Derived From The Malay Language

The word Andaman is derived from the Malaya language. The Malay word “Andaman” means Hindu deity Hanuman. Very few people are aware of the fact that it is named after the deity Hanuman.

In recent years there has been uncontrolled fishing activity carried out in Andaman. This has endangered many of the different varieties of fishes, so the government has banned commercial fishing activities in Andaman.

These are the 10 things in Andaman that one must surely know. Andaman is a favorite place of many tourists.