Travel India: 10 Unknown Facts about Taj Mahal, #8 will amaze you 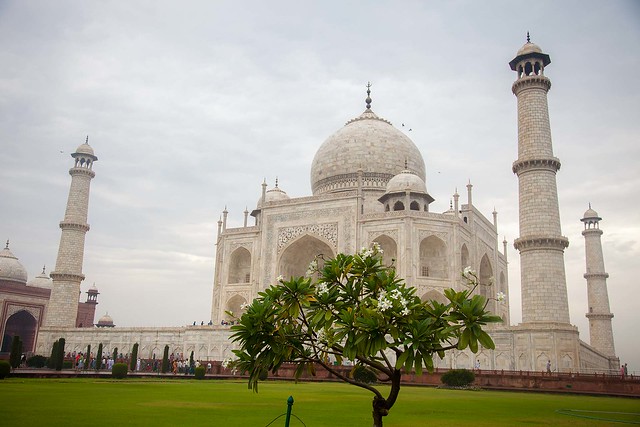 Taj Mahal, ever since its construction in the 16th century, has remained the center of attention. Known as the ‘monument of love’, there are several stories that revolve around the monument. While some of the stories are well-known among people, there are a few untold, unknown things about the Taj Mahal that add to its historical significance. This article attempts to talk about the unknown facts of the Taj Mahal.

There are many rumors surrounding the time taken for building the masterpiece that we now refer to as the Taj Mahal. The construction began after the death of Mumtaz in 1632 and took approximately 22 years to complete. By 1653, the Taj was ready and had cost, what was then accounted for $32 million worth of resource, close to $1 billion now.

2. The Man Behind The Scenes

Many may recognize and associate the Taj with Shah Jahan and his love for Mumtaz, but only a few know about the person behind the construction. Ustad Ahmad Lahauri was the chief architect involved in the construction of the monument. He was the sole person responsible for over 22,000 workers and 1000 elephants.

There are holy inscriptions, mesmerizing patterns, and words of praise all over the Taj Mahal. The words all praise Mumtaz’s beauty and the holy inscriptions are 99 names of Allah, an equivalent comparison to paradise for Mumtaz through the eyes of Shah Jahan.

After the death of Mumtaz in 1631, Shah Jahan was devastated and within just a few months the after-effects began to show on his body. His hair and facial hair turned white and the impact of the death was evident. Shah Jahan held Mumtaz very dear and regarded her as his most precious.

Made out of white marble, this beauty has red stone walls on three sides. The marble was ordered from different parts of India and beyond, with being best in quality. The material involved in erecting the monument cost a massive portion of the cost involved.

If you thought the Taj Mahal retains the color of pearls all through the day, you might want to rethink that. Changing colors with the time of the day, the Taj switches from a pinkish hue in the mornings, to its true color i.e. pearl-ish white in the day, and then turns bronze-ish golden in the moonlight.

The Taj Mahal was damaged during the rebellion of 1857. While the garden was harmed badly in the mishap, a few stones from the pillars were damaged in the process. The repair process for the Taj and the garden were ordered for by Lord Curzon. What we see today is the renovated structure.

The Taj Mahal is a symmetrical monument in almost every aspect for the naked eye. The monument forms a perfect mirror image in the pond right in front. However, the two tombs inside are not exactly equal. This intentional flaw by the architect was because he wanted the male tomb to be larger than the female tomb.

9. The Many Myths About Taj Mahal

Among all the myths that surround the Taj, the one that is circulated the most is the myth about the workers. The Emperor Shah Jahan, in an attempt to prevent any duplication of a beauty like the Taj, had the thumbs of the workers chopped off. This isn’t true and has no evidence to back it. Think about it, 22,000 workers, 44,000 severed thumbs! Not an auspicious inauguration.

Even though the Taj Mahal is one of the most privileged sites to visit, a wonder of the world itself, it battles to remain glorious. With pollution all around and acid rains occurring frequently, the color of the Taj is turning yellow and with ash deposits, it is losing out on all its beauty.